The City utilizes maximum resources to safely and efficiently remove snow and ice from City Streets. The City will issue a snow ordinance based on the projected conditions including snow, sleet, ice, and blowing snow. This asks residents to remove their cars from the street. This allows for safe and efficient snow removal operations on designated snow routes throughout the City. 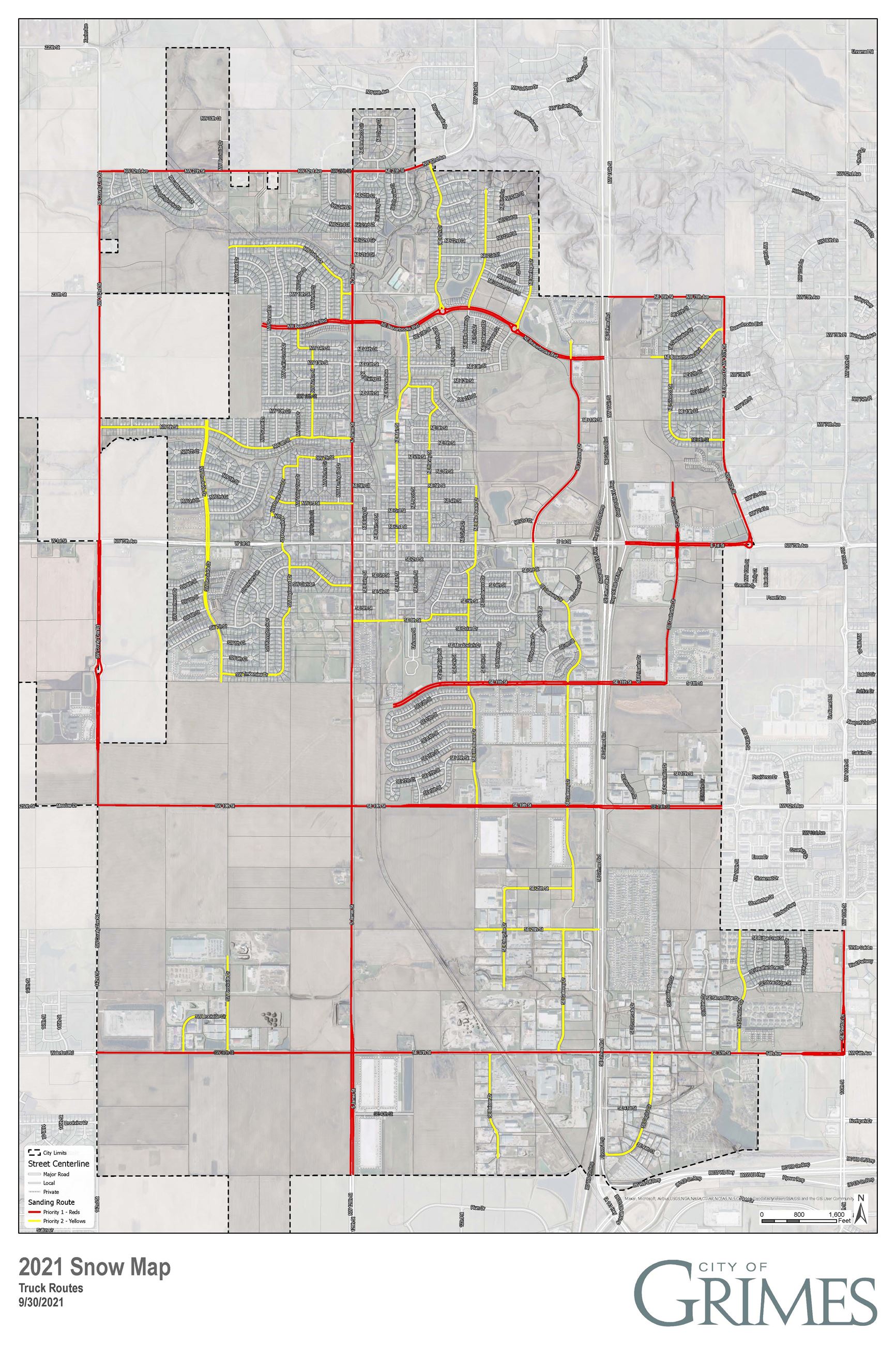 City snow plows will not clear private driveways except under emergency conditions and with the approval of the Supervisor on duty. The snow placed in driveways by City plows is the responsibility of the property owner to remove. During snow and ice control procedures by the City, it is common for plowed snow to be pushed and/or thrown back onto sidewalks, driveways, and aprons, especially around corners. This unfortunate event results from the need to maintain certain speeds and plow angles to provide efficient and safe snow and ice control. While the City strives to minimize the effects of this thrown snow, it is inherent to snow and ice control activities. Removal of this additional accumulation of material on sidewalks, driveways, or aprons is the responsibility of the abutting property owner.

Property owners are also responsible for clearing snow around their mailboxes to ensure the proper delivery of mail. Mailbox installation within the City of Grimes should comply with United States Postal Service (USPS) guidelines. Proper installation of mailboxes is the responsibility of the property owner. Mailboxes should be placed 8” behind the face of the curb and should be constructed to be able to withstand snow and ice control efforts by the City. City staff may perform preseason route inspection and identify hazards, including mailboxes that do not comply with regulations. If a mailbox is found to not comply with the minimum clearances or if improvements to the structural integrity of the mailbox need to be made, the property owner or resident will be notified by City staff. It will be the responsibility of the property owner or resident to properly relocate or improve the structural integrity of the mailbox prior to winter snow and ice control operations. The City will document the mailbox locations that have been notified for improvements. The City will not be responsible for damage to mailboxes that have not been relocated or repaired after the notification has occurred. The City of Grimes will not be responsible for the repair of mailboxes due to drifting or the weight of snow. The City of Grimes will repair damage to mailboxes as a result of direct contact with City equipment (mailbox only). Any necessary replacement or repair of a mailbox will be made with similar materials and construction in relation to the original mailbox at a maximum cost of one hundred dollars ($100.00). 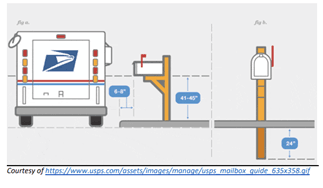 During snow and ice control operations, fire hydrants tend to get buried under snow. Residents are asked to review the location of fire hydrants near their properties. If the hydrant is covered, clearing an area three feet wide around the hydrant will ensure that the Johnston-Grimes Fire Department can locate the hydrant quickly during an emergency.

The City of Grimes uses a Wireless Emergency Notification System (WENS) to provide text and email alerts for snow ordinances and other emergencies. Residents must sign up in order to receive these alerts. Sign up here.

All snow ordinances and emergencies will also be posted on the City's social media and the news section of this website.

If you have concerns about winter operations, email the Public Works Department or call 515-986-9636.